In 2019, we apparently perfected multiplication. This news may be as shocking to you as it was to me. There’s more than one way to multiply?

There is indeed. In fact, there are about a dozen or so distinct ways of multiplication taught across the world. They boil down to 5 methods, since many approaches use different aesthetics but the same core principle. This week, I endeavored to learn every way to multiply numbers.

Some of you may have learned this using the “grid method”, and yet another group may have used the “lattice method”. The same principle underlies all of them. I learned this method in the form of a vertical table.

A quick analysis of the efficiency of this algorithm reveals a bound of $O(n^2)$. We can try to do better. 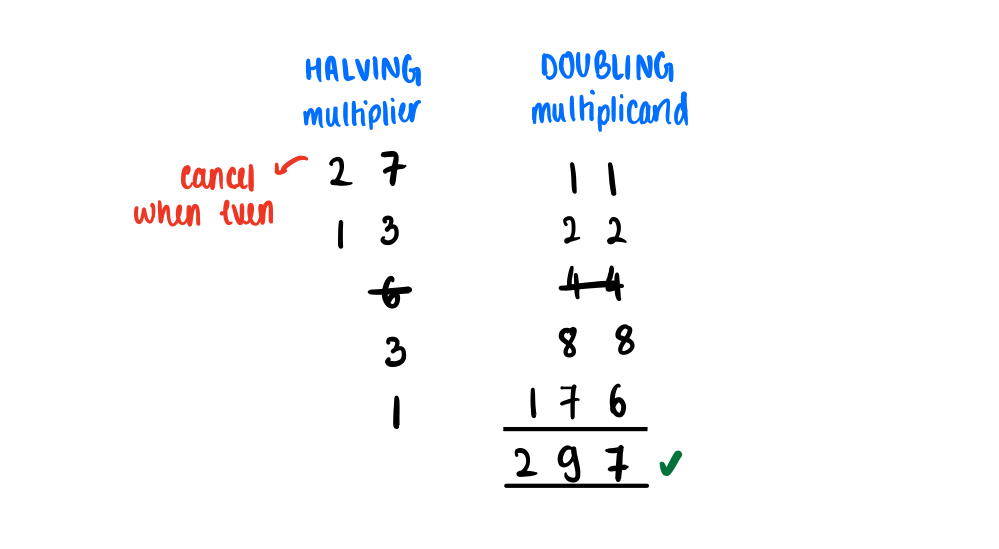 Collorary: All numbers can be expressed as a sum of powers of two. (Proof)